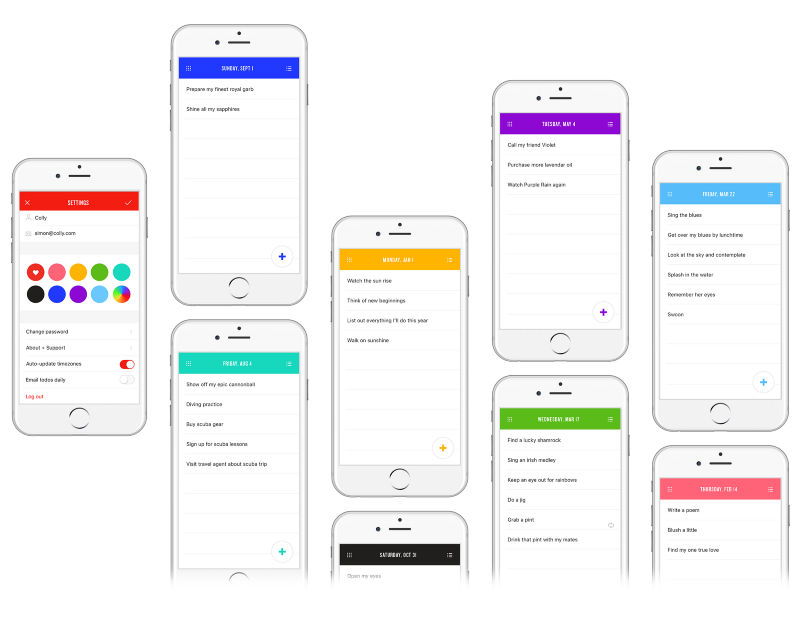 To the weary Wunderlisters with a fast approaching May 6th app shutdown on their quest for a new to-do list home base: we’d like to offer you the humble but mighty TeuxDeux.

While Wunderlist’s 2015 acquirer (Microsoft) suggests migrating to Microsoft To-Do, it’d be tough for the corporate successor to bottle and re-release the specific kind of magic that made Wunderlist special to its users.

We at TeuxDeux also cannot claim to offer a carbon-copy brand of magic that Wunderlist does, because we’re a different app and we’re not trying to steal anyone’s formula (nor do we need to).

What we can say is that we’re a small and passionate team, who built TeuxDeux because we couldn’t find a to-do app for ourselves that was both super simple and beautiful.

We make updates to our app based only on what will add actual value to our users’ lives, without adding to the digital and mental clutter, because our tool is evergreen in its usefulness. We don’t build a bunch of new features just because we feel like it.

We’ve been around for over a decade, with zero plans of going away — we’re in it, with our users new and old, for the long haul. 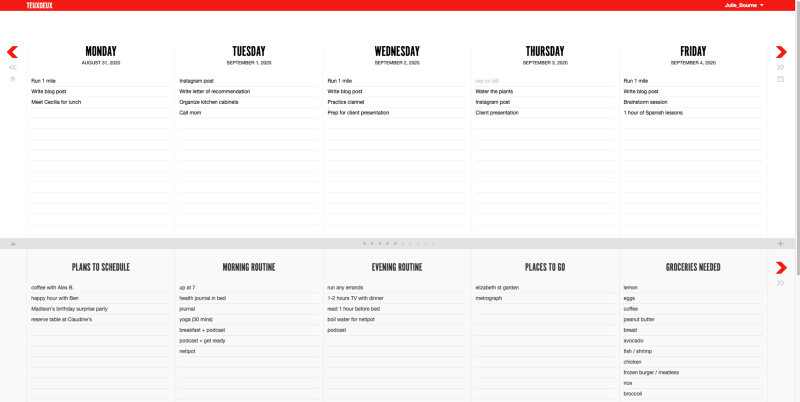 We hear you asking:

“Ok, but why should I move to TeuxDeux instead of Microsoft To-Do, Todoist, Monday.com, TickTick, etc. etc.?”

TeuxDeux makes it easier to create focus and get out of the weeds.

It’s tempting, as a task management tool, to fall into the trap of trying to accomplish everything for everyone. We’d rather you spend less time plugging in tasks and sub-tasks, assigning dates, assigning people to tasks, organizing, and customizing, and instead just simply make your to-do list and get to it.

You’ll still be able to bold tasks, link URLs, and add some light custom flair to your interface, but ultimately, with just 1 click and an ‘Enter’, you can be up and running with an efficient to-do hub.

Our interface is a calendar, making it clear as day what you should be working on.

Calendars and to-do lists should be treated as one and the same. Our lives are lived by units of time, so it only makes sense to think about our tasks this way, plotting to-dos within the context of a day (rather than confronting an ever-rolling giant list of to-do’s that lack prioritization or finitism).

We can only get things done when they are properly assigned to the time we have.

We’re flexible around unexpected changes to your day, your productivity levels, and your list needs.

It’s normal to over-estimate what you’ll be able to accomplish in a day, which is why we automatically roll over tasks that you weren’t able to cross off the day before, onto the next day. Think of it as our informal “To-Do List Forgiveness” policy. We’re not going to punish you in any way for not doing all the things, by erasing or leaving behind day old tasks.

While the core of our app is daily to-do lists, we know that people who love making to-do lists probably love making other kinds of lists. In addition to the calendar, you’ll be able to make custom lists to your heart’s content — grocery lists, morning routines, books to read, you name it.

Name another to-do app that has an adorable animated cat wearing a cape and goggles fly across the screen when you cross off a task. It’s a small, kind of goofy thing (that you can disable, if you have a phobia of flying cats), but it makes us happy.

Looking at TeuxDeux on your computer screen is not unlike gazing at a peaceful sunset, in terms of sheer contentment and joy. It’s clean, extremely easy to navigate, and is full of the little things that make up your unique life.

Give TeuxDeux a shot! We’d love to have you.

Try it for 30 days, free: https://teuxdeux.com/signup